Tile Center, Inc. is proudly owned and operated by the Goldberg Family.

We are a traditional ceramic tile supplier catering to the construction trade and homeowner. We employ those old world business traditions and values authored by our founder, Felix. His son, Karl, and daughter, Esther, are heavily involved in the day-to-day operations of the Columbia and Florence, South Carolina locations. Tile Center, Inc. remains a viable supplier and leader for the ceramic and stone industry in South Carolina. 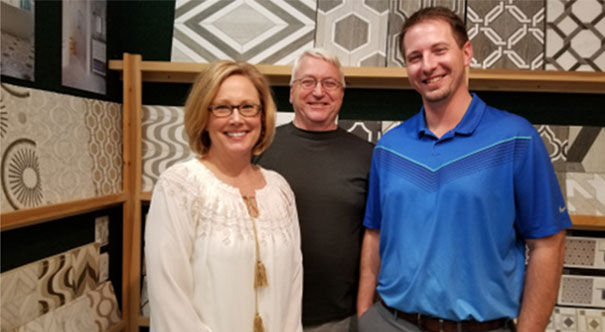 Felix Goldberg survived the atrocities of the Nazi regime, determined to build a new life for himself and his new family. They immigrated to Columbia, SC in 1949 where Felix, barely able to speak the English language and virtually penniless, gained employment as a tile setter’s helper. Through hard work, sacrifice and dedication, Felix saved his money and was able to establish The Tile and Carpet Center in 1960, a mere 10 years after moving to the United States. Felix, along with his loving wife, Bluma, ran the business until his death at the age of 84 in November 2000.